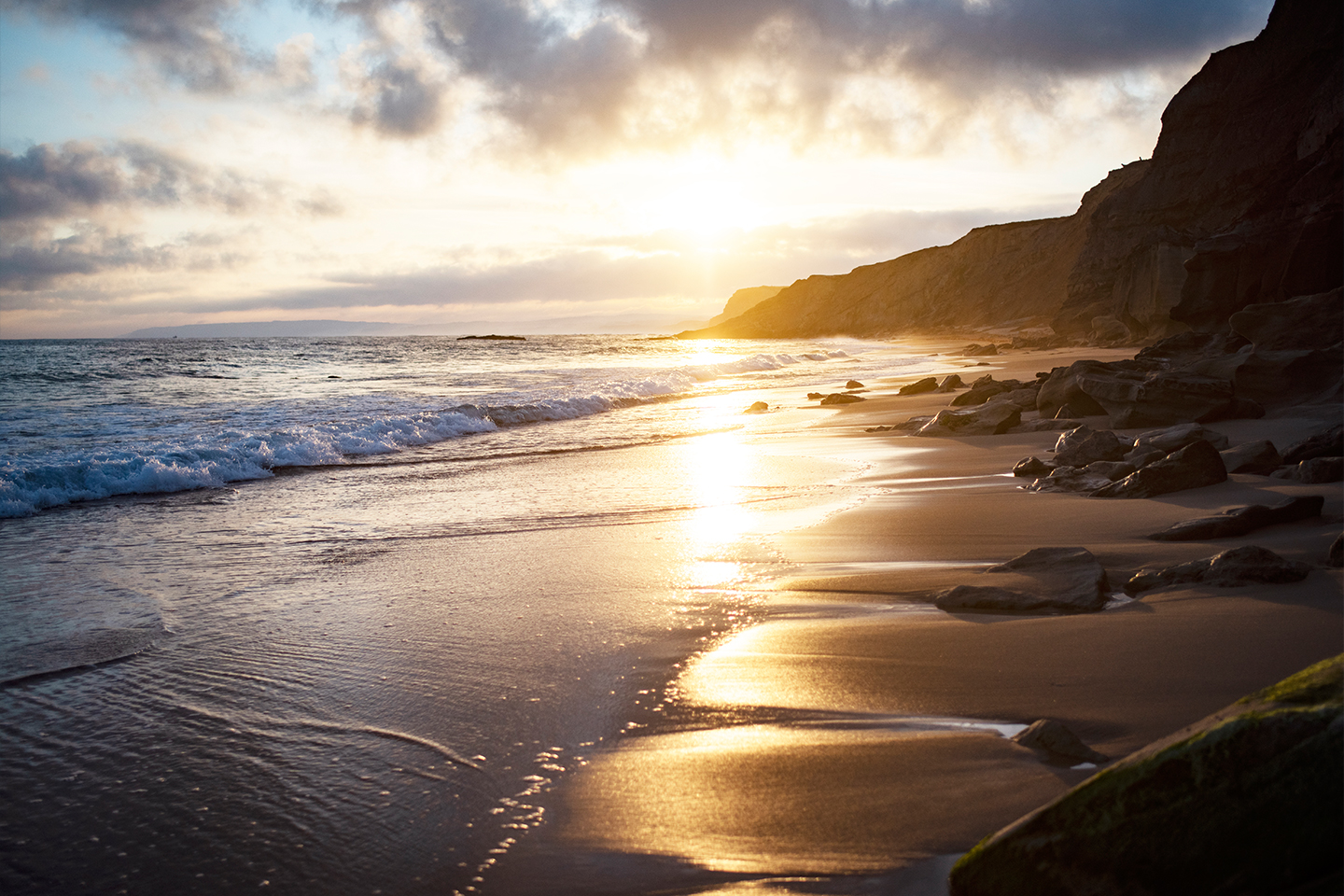 The factor which most determines wave shape is the topography of the seabed directly behind and immediately beneath the breaking wave. The contours of the reef or sand bank influence wave shape in two respects. Firstly, the steepness of the incline is proportional to the resulting upthrust. When a swell passes over a sudden steep slope, the force of the upthrust causes the top of the wave to be thrown forward, forming a curtain of water which plunges to the wave trough below.

Secondly, the alignment of the contours relative to the swell direction determines the duration of the breaking process. When a swell runs along a slope, it continues to peel for as long as that configuration lasts. When swell wraps into a bay or around an island, the breaking wave gradually diminishes in size, as the wave front becomes stretched by diffraction. For specific surf spots, the state of the ocean tide can play a significant role in the quality of waves or hazards of surfing there. Tidal variations vary greatly among the various global surfing regions, and the effect the tide has on specific spots can vary greatly among the spots within each area.

You have to be sensitive to all these factors to get to know a surf break, and each break is different, since the underwater topography of one place is unlike any other. At beach breaks, even the sandbanks change shape from week to week, so it takes commitment to get good waves.

Nowadays, surf forecasting is aided by advances in information technology, whereby mathematical modelling graphically depicts the size and direction of swells moving around the globe. Good websites to check are for example www.windguru.com or www.magicseaweed.com.