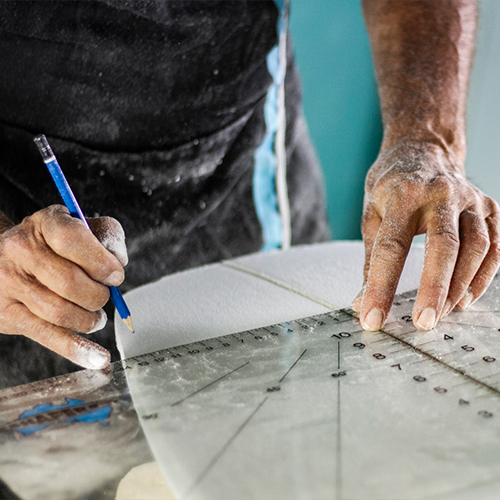 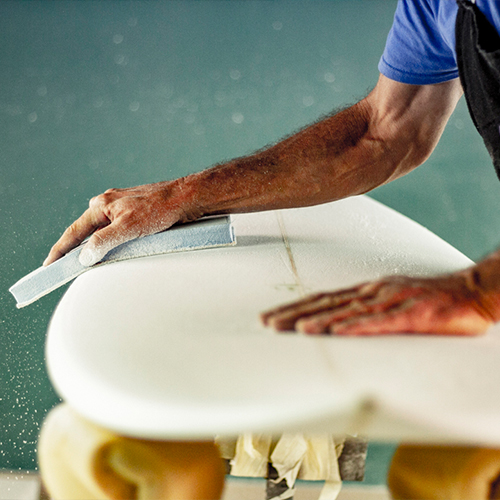 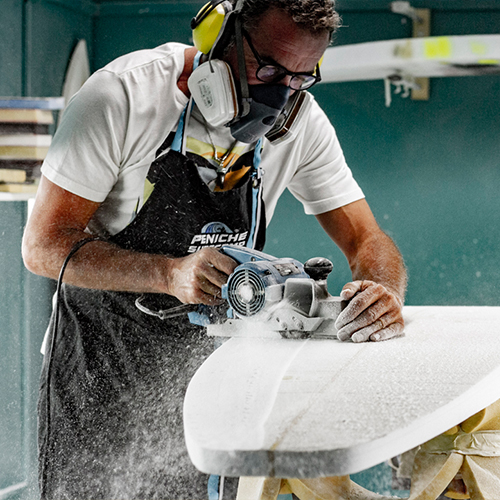 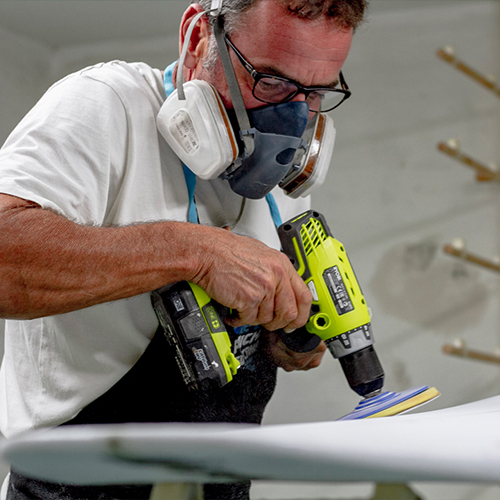 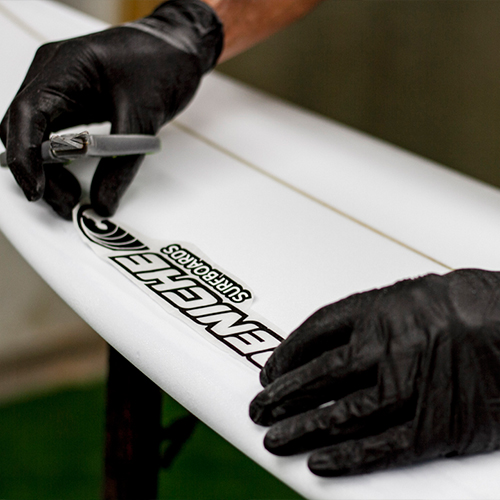 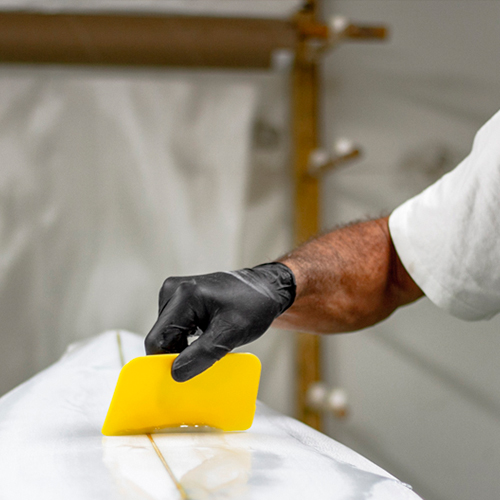 António Leopoldo was born in 1967 and is the manager of Peniche Surf Camp. Leo was born and raised in Peniche. Since an early age he always loved ocean related activities such as fishing, snorkeling,bodysurfing, or catching waves for fun on anything available to him.

1979 – At the age of 11 Leo and his best friend were lent a surfboard by a foreign surfer staying near Supertubes and both soon caught the surfing bug.

1982 – Aged 14 Leo really started to surf regularly along with a group of his friends the whole year round.

1983 – Leo met Fred Bassey (at the time a well known windsurfer, later to become director of Rip Curl). Fred showed Leo and his friends the basics of how to shape and make surfboards. Leo´s friends started to make their own surfboards.

1985 – The first National Surf Championships were held in Peniche, giving Leo the opportunity to meet and learn from many of the top surfers in Portugal, among them a number of future champions.

1986 – Started an apprenticeship at a local surfboard factory, one of the first in Peniche and indeed in Portugal. This activity had a great impact on his future life because a few years he started to shape surfboards and this eventually led to him opening his own surfboard company. In this year Leo´s level of surfing improved to the point that he obtained his first sponsorship deal, providing him with wetsuits and surfboards.

1987 – Became a life guard at the most famous surf beach in Portugal; Super Tubes.

1988 to 1991 – Continued to work in the surfboard factory and competed consistently and successfully in both national and local surf championships.

1992 – Opened a glassing factory in Peniche, working with top local shapers such as Fernando Horta and Luis Gomes.

1994 – Assisted in the set up and running of a local surf camp. During this time Leo had the great pleasure of hosting two of the legends of surfing, Gerry Lopez and Darrick Doerner who both stayed at the camp.

1996 – Leo was invited to participate in a shaping internship in South Africa (at the world famous Jeffrey’s Bay). Here he spent 6 months working with some of the best shapers in the world and had the opportunity to improve his work as well as meet and learn from some of the world’s top surfers. This trip had a huge impact on Leo, changing many of his views on surfing and shaping and gave him even more drive to pursue a surf related life.

2000 – Invited to Hossegor by a local brand to be their main shaper for 4 months. This gave Leo an amazing opportunity to be a central part of the local surf industry in the European Mecca of surfing.

2001 to 2004 – Still shaping his own brand boards with Phynix, Leo obtained various other contracts with larger Spanish surfboard brands, this enabled him to shape boards for more of the top European surfers and expand his knowledge of shaping. Over these next few years Leo worked as a team with many of these top surfers, watching them surf and training them in the knowledge of board design in order to enable them to get the best from the boards he designed and shaped for them.

2004 to Present – Leo has always enjoyed sharing his surfing knowledge with others and teaching beginners the art of surfing, so it was a natural progression that in 2004, along with his brother Ricardo, he opened up Peniche Surf Camp in order to teach surfing to beginners and also to promote surfing in the area that he loves to those already addicted to the surfing life. Since opening the camp Leo has achieved the first level as a surf trainer and qualified as a surf competition judge. He is also one of the founders of the local surf club in Peniche and has done much good work with many of the other local clubs and associations in the area. Leo has probably spent more continuous seasons surfing in the Peniche area than any other surfer, he has undoubtedly shown more dedication to surfing life in the area than most and plans to continue living his life in this manner. He is currently proudly passing on his wealth of surf knowledge and love of the ocean to his young son. It goes without saying that Leo’s future and that of his family will continue to be strongly linked with surfing, shaping and proudly promoting his home of Peniche as the world class surf location that it truly is.